Xiaomi's self-developed chip uses the word-of-mouth God U Dimensity 8100, which has performance comparable to Snapdragon 888, but lower power consumption and heat

It is officially announced that the Redmi Note 11T Pro+ will be equipped with Xiaomi's self-developed Surging P1 fast charging chip, which is exactly the same as the Xiaomi Mi 12 Pro model and supports 120W fairy second charging. 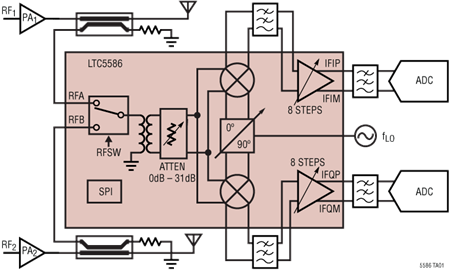 Based on the current news, the Redmi Note 11T Pro+ has announced three major configurations, which have reached the best level in the industry in terms of performance, screen and charging.

Among them, the chip uses the word-of-mouth God U Dimensity 8100, whose performance is comparable to the Snapdragon 888, but the power consumption and heat are lower.

The screen adopts the best LCD screen in the industry, which is specially customized at a high cost. It has 144Hz ultra-high refresh rate, 7-speed intelligent refresh rate variable speed, RGB arrangement, primary color screen calibration, full DC dimming, etc. It is the only one that has obtained DisplayMate A+ certification. LCD mobile phone.

According to reports, the price of Redmi Note 11T Pro+ is only about 2,000 yuan, which is very cost-effective.

In 2021, after Huawei's decline, Xiaomi has achieved great growth and successfully ranked third in the world, with a growth rate of about 30%. At the same time, in terms of high-end machines, it has basically stood firm.

However, although Xiaomi has achieved some success in 2021, at the same time Xiaomi has also been criticized badly. It is estimated that Lei Jun feels quite helpless.

Lei Jun said that Xiaomi has fully benchmarked against Apple and wants to become the world's number one by 2024, and to become the number one domestic high-end mobile phone. Many people complain that Xiaomi is beyond its own power. It is an assembly machine. How is that possible.

In fact, some netizens complained that Xiaomi is an assembled machine for a long time. In the eyes of these people, manufacturers who do not develop Soc by themselves are all assembled machines, and only Huawei is not a domestic machine.

In 2021, Xiaomi has developed some chips by itself, and many people complained that it is not Soc, but small chips such as ISP and charging chip, which are nothing.

In the end, Nanxin, the foundry of the Pengpai P1 chip, couldn't stand it anymore. It issued a document saying that the Pengpai P1 was independently developed and designed by Xiaomi, and Nanxin was responsible for the OEM.

This is actually incomprehensible. As a domestic brand, 73% of Xiaomi's sales are in overseas markets, and most of the money it earns is foreigners' money. Everyone still complains about Xiaomi. What is the purpose? Is it necessary?

If Xiaomi really surpasses Apple and Samsung to become the world's number one, for domestic netizens, there are only advantages and no disadvantages. Everyone knows how hard Xiaomi has worked. Self-developed chips have also been working hard. Why do you do this? "Hate" millet? Really not.

According to news on March 28, Xiaomi JD.com's self-operated flagship store showed that the Xiaomi 12 Pro received an instant discount of 200 yuan, and the actual paid price was 4499 yuan (8GB+128GB).

The machine debuted Xiaomi's self-developed charging chip Pengpai P1, and Lei Jun, the founder of Xiaomi, chairman and CEO of Xiaomi Group, said that "Pengpai P1 fills the gap in the industry".

It is reported that Xiaomi Mi 12 Pro supports 120W wired second charging, and uses a single-cell solution. The core of driving the Xiaomi Mi 12 Pro 120W Surging Second Charge is the two Surging P1 chips, which take over the complex structure of the traditional 5 charge pump, and convert the high-voltage power input into the mobile phone into a high current that can be directly charged to the battery more efficiently.

As for Xiaomi, in order to realize the 120W single-cell technology on mobile phones, it independently developed the Pengpai P1 charging chip.

This would have been something to be proud of for Xiaomi, but something happened recently.

Not long ago, a Weibo user posted a tweet saying Surging P1 with a smiling expression. Below the text is a wafer silk screen comparison of Surging P1 chip and Nanxin Semiconductor chip. As you can see from the picture, Both are almost identical. At noon on May 23, Lu Weibing, general manager of the Redmi brand, warmed up more configuration information of the new phone to users on his personal Weibo. Redmi Note 11T Pro+ has built-in Xiaomi's self-developed Surging P1 chip, supports 120W flash charging, Type- The C charging interface effectively improves the durability and stability of charging, and continues to practice Redmi's tonality of "making cutting-edge technology popularization".

Surging P1 is Xiaomi's first self-developed charging chip (and also the third self-developed chip). With its blessing, Xiaomi 12 Pro has realized the "120W single-cell" charging technology for the first time in the industry. Only half a year after its release, this technology has been adopted by the Redmi Note 11T series, which indeed shows Xiaomi's determination to promote the popularization of technology.

According to the exposure, the Pro version supports 67W fast charging. Please look forward to the conference for more configurations.