The global chip production rankings are released, and the United States plans to enhance its own chip manufacturing capabilities

Although China's chip development started relatively late, for a long time in the past, chip demand was subject to developed countries such as Europe and the United States. However, in the field of chip foundry, China, which is catching up, has already achieved overtaking in corners to a certain extent. Looking at the current development of the global chip semiconductor foundry field, the development of Chinese enterprises is quite strong. The shares of TSMC, SMIC, UMC and Hua Hong Semiconductor in the global foundry market continue to increase. On December 2, TrendForce announced the "Revenue Ranking of the World's Top 10 Wafer Foundries in the Third Quarter of 2021". According to the ranking data released by TrendForce, in the third quarter of 2021, the total output value of the global semiconductor foundry field reached 27.28 billion US dollars, with an increase of 11.8% in the quarter, achieving a record high for 9 consecutive months. Industry records. 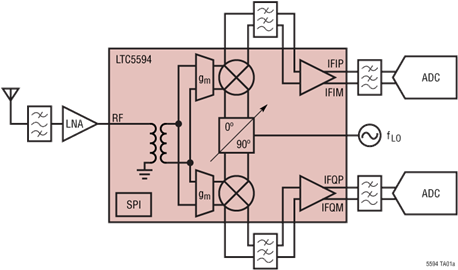 From the freshly released global chip foundry ranking of specific manufacturers, TSMC, as a global chip foundry giant, with an absolute revenue advantage of US$14.88 billion in third-quarter revenue, firmly sits on the world's No. 1 throne. . For the substantial increase in TSMC's revenue in the third quarter, industry insiders believe that the main reason is the drive of Apple's new flagship iPhone 13 series in autumn. It is worth mentioning that in the global chip foundry revenue ranking list, Chinese foundries occupy most of the seats. Although Samsung ranks second only to TSMC, it ranks second. However, in terms of specific revenue, Samsung's revenue in the third quarter of 2021 is only 4.81 billion yuan, which is only a fraction of TSMC's (14.88 billion yuan).

In fact, judging from the performance of domestic chip foundries, in addition to leading TSMC, which has been hotly debated by people inside and outside the industry, SMIC, which ranks fifth in the world, still has a remarkable performance. The list shows that SMIC's revenue in the third quarter reached 1.42 billion US dollars, with a quarterly growth rate of 5.3%. This time, SMIC's revenue is not only on the list, but even squeezed into the fifth place in the world, which is indeed beyond the expectations of many people. According to TrendForce, the main reason for SMIC's revenue growth in the third quarter of 2021 is that the company adjusted the allocation of related production capacity. It is reported that in the third quarter, SMIC continued to increase the proportion of Chinese customers. Currently, SMIC's Chinese customers account for about 70% of the company's customers.

In addition, according to the author's understanding, the current SMIC has successfully completed the research and development of the mature 14nm chip process and the advanced 7nm chip process. The company's production capacity and chip technology can meet the needs of most customers and most industries. Judging from the current development of domestic chips, not only is the global chip foundry giant TSMC, but also chip foundries from SMIC, UMC, and Hua Hong Semiconductor are also rising. the stronger.

Previously, when referring to China's chip semiconductor industry, the first reaction of many people inside and outside the industry was to be "stuck in the neck". As an important factor to measure a country's technological development level and international competitiveness, chips cannot be easily controlled by others. Otherwise, it will directly hand over the initiative of the future crisis market to others. Therefore, the development of my country's chip semiconductor industry is very concerned about the country and the industry down to ordinary consumers. In recent years, in order to change the status quo that Chinese chips are controlled by others and truly realize the independent replacement of domestic chips, more and more chip companies have increased their self-research efforts and embarked on the road of independent research and development and production of chips.

According to the latest forecast report of TrendForce, a market research organization, due to the short-term impact of global semiconductors, the global semiconductor foundry market will continue to grow by 20% in 2022, eventually reaching US$128.7 billion.

So what about the situation in each region?

In terms of specific data, in 2022, Taiwan's semiconductor foundry global share (in terms of sales) will increase to 66%, an increase of two percentage points from 2021, as shown in the following figure:

It is worth mentioning that not only are Taiwanese semiconductor manufacturers now occupying a dominant position in the global chip foundry field, but TrendForce predicts that this trend will continue in the future.

In addition, TrendForce also predicts that in 2022, the share of Korean companies such as Samsung Electronics and SK Hynix in chip foundry will decrease by 1 percentage point from 2021 to 17%.

As for mainland China, data show that the share of mainland Chinese companies including SMIC will increase by 1 percentage point over the previous year, and the market share may reach 8%.

As for other regions, the market share or only 9%.

It is reported that Google, which is well-known for its AI chips, has decided to hand over its second-generation Tensor SoC chips to Samsung for 4nm process OEM production because it cannot afford TSMC’s expensive foundry price, which highlights the fact that US chips have already given rise to TSMC, which has continued to increase prices significantly. quite dissatisfied.

The global chip supply is in short supply in Q4 2020, and the automotive chip industry was the first to bear the pressure of tight chip supply, and took the initiative to raise the price of TSMC by 20%, hoping that TSMC would provide more chip products to automotive chips, which caused the chip foundry price. Rising boom.

Since then, TSMC has raised prices at least three times, at the end of 2020, in August last year, and recently. The continuous price increases have made TSMC a lot of money, and its monthly performance has almost hit new highs, and its net profit margin has also broken through. 40%, such a high net profit margin is very rare in various industries around the world.

The confidence of TSMC's price increase comes from the fact that it has the largest production capacity in the global chip foundry industry, and it accounts for more than 50% of the global chip foundry market; at the same time, it is also in a leading position in advanced technology processes. There are only Samsung and TSMC, but with Qualcomm switching to TSMC, it proves that TSMC's 4nm process is much more advanced than Samsung, which makes TSMC a leader in the chip foundry market.

The shortage of chip supply has further strengthened the confidence of TSMC's price increase, which has become the reason for TSMC's continuous record high performance in the past two years. However, with the change of chip supply, TSMC's high price is increasingly causing dissatisfaction.

First, Ming-Chi Kuo, a well-known Apple analyst, pointed out that there is a surplus of chips in the mobile phone industry chain. Then the market research agency Gartner predicted that the global chips will shrink by more than 20% next year. Then, many chip companies have recently revealed that the inventory level is high, and the phenomenon of chip supply shortage is changing. .

Facing the signs of oversupply of chips that appeared in the first half of the year, TSMC chose to ignore it and issued a notice to chip companies in the near future that it would raise the price of chip foundry again, highlighting that it hopes to make another profit in the wake of the chip price rise, but the global The chip market is changing too fast, and it will be questionable whether TSMC's price increase plan can be realized this time.

Seven of TSMC's top ten customers are US chip companies, and US chips contribute nearly 70% of TSMC's revenue. As Google expresses its dissatisfaction with TSMC's high foundry prices, perhaps other US chip companies will also express their dissatisfaction. Opinion, with the pressure exerted by American chips, TSMC may choose to give in, after all, the influence of American chips is too great.

TSMC relies on US chips to meet new challenges, and the US plans to enhance its own chip manufacturing capabilities

Recently, U.S. Secretary of Commerce Raimondo said that nearly seven U.S. Chips have been sold to TSMC for contract production, which is not conducive to the safety of U.S. chips. The chip bill will be passed as soon as possible to enhance the chip manufacturing capabilities of the United States. This is another move for TSMC. Bad news.

The United States has recognized that this over-reliance on South Korea and Taiwan's chip production capacity is not conducive to the long-term security of American chips. Therefore, in the past few years, it has tried every means to force Samsung and TSMC to set up factories in the United States. Under pressure, Samsung and TSMC have gone to They are also forced to hand over classified data by the end of 2021.

TSMC is the world's largest chip foundry. It occupies more than 50% of the global chip foundry market. It is also a chip manufacturer with the most advanced production technology in the world. Although Samsung claims to have a 4nm process, Qualcomm finally chose to use the Snapdragon 8G1. The move from Samsung to TSMC is clearly the belief that Samsung's 4nm is behind TSMC's 4nm.

TSMC, which has the most production capacity and the most advanced technology, can be described as a bright spot in the past two years. As the price of chips continues to soar, the price of chip foundry has also risen, and TSMC has also made a lot of money. Revenue and profit have hit new highs, and net profit has reached an astonishing 40%, which is very rare among many companies around the world.

However, when TSMC is gradually climbing to the top, the danger is quietly approaching, and the main factor is undoubtedly the attitude of the United States. At present, nearly 70% of TSMC's revenue comes from US chip companies. Especially after September 15, 2020, it can no longer be a foundry for Huawei. The proportion of revenue contributed by US chips to TSMC continues to increase. The attitude of the United States undoubtedly makes TSMC worried.