Tensor is the first work of the Google Silicon team, and the second-generation Tensor chip will be mass-produced this month

A new report from Naver, citing industry sources, claims that Samsung Electronics' foundry will begin mass production of Google's second-generation Tensor chipset on the 4-nanometer process this month. Google has revealed that it will launch two new Pixel 7 models in the fall with new chipsets.

Another thing the report mentioned was the use of PLP technology in the second-generation Tensor chip manufacturing process. "PLP is a packaging technology where chips cut from a wafer are placed on a rectangular panel. It can maximize the There is a significant reduction in discarded edges, resulting in lower costs and higher productivity.” 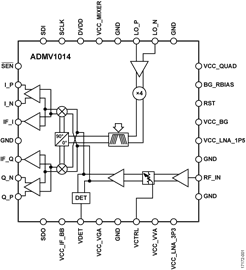 Samsung is reportedly in close talks with Google to produce other types of chips, such as Google's own server chips, and Samsung has supplied Google with DRAM and NAND flash memory components, as well as chipsets used in Waymo's self-driving cars. It is understood that the first-generation Google Tensor chipset was manufactured using Samsung's 5nm process, but the Pixel 6 and Pixel 6 Pro mobile phones equipped with this chip were complained that the battery life was not very good. I hope that the next-generation Tensor chip will improve battery life and thermal stability. improved.

During the I/O 2022 keynote, Google didn't reveal too many details about the Pixel 7 / 7 Pro smartphones. But one thing is certain, the new flagship will use the second-generation Tensor SoC. Typically, manufacturers are tight-lipped about important details ahead of an official release. However, a recent new report claims that Google will once again choose Samsung's 4nm process for mass production of next-generation custom chips.

D Daily reported that even though Qualcomm was forced to switch to the better-known TSMC same-generation process, after the first-generation Tensor SoC was manufactured using Samsung’s 5nm process, Google chose Samsung’s 4nm process for its second-generation custom chips.

In addition to the process upgrade, Korean media also expects the second-generation Google Tensor SoC to start mass production in June. As for when the Pixel 7 / 7 Pro will be officially released, D Daily did not mention it further.

For reference, Google released the Pixel 6/6 Pro in October 2021, so a new generation of models is also expected to arrive at the same time this year. There may be a number of factors involved as to why Samsung is the sole foundry for custom chips for the Pixel 7.

In terms of appearance, Google Pixel 7 series mobile phones basically continue the style of the previous generation in terms of overall design, adopting a horizontal strip rear camera layout. It is reported that the new machine adopts a metal middle frame, which is integrated with the metal cover plate in the back camera area, and the process is more difficult than the previous generation.

Google's Pixel 7 series of phones will be factory-installed with the Android 13 operating system, which is the industry's first Android 13 phone. In addition, the Google Pixel 7 series of mobile phones will also be equipped with the second-generation Google Tensor chip. The Tensor chip is jointly developed by Google and Samsung. The biggest difference between this chip and other flagship Socs is that it uses a "2+2+4" solution. It consists of two super-large core Cortex X1, two large-core Cortex A76 and It consists of four small-core Cortex A55s. The upcoming second-generation Tensor may still continue the "2+2+4" solution. It is based on Samsung's 4nm process and integrates Samsung's baseband Exynos 5123. It is reported that this chip will start mass production this month.

In addition, other details of the Google Pixel 7 series have also appeared online. In terms of screen, the screen resolution of Google Pixel 7 is 2400×1080 and the refresh rate is 90Hz. The screen resolution of Google Pixel 7 Pro is 3120×1440 and the refresh rate is 120Hz. Both screens are provided by Samsung. In terms of size, the screen size of Google Pixel 7 is smaller than that of the previous generation. The width of the phone is 1mm smaller and the height is 2mm smaller. The specific size has not been announced. The size of Google Pixel 7 Pro is the same as the previous generation, at 6.7 inches. In terms of imaging, the Pixel 7 has dual rear cameras, including a main camera and an ultra-wide-angle lens. The Pixel 7 Pro has three rear cameras, including a main camera, an ultra-wide-angle and a periscope telephoto lens. In addition, both models are expected to support OIS optical image stabilization. In terms of price, the Pixel 7/7 Pro may maintain the pricing of last year's Pixel 6/6 Pro models, starting at 4,000 yuan.

Google's performance in software is obvious to all, especially the open Android system occupies an absolute dominant position in the mobile phone system. The first-generation Google Tensor chipset developed by Google was installed on the Pixel 6 and Pixel 6 Pro mobile phones, but it was complained that the battery life was not good. For a time, the second-generation Tensor chip was placed high hopes.

Recently, it has been reported that Google's second-generation Tensor chipset will be manufactured by Samsung, and it will be launched on the Pixel 7 model from the 4nm process. It is reported that the latest PLP technology will be used to reduce costs.

The name Tensor comes from Google's famous AI learning framework Tensor Flow, which symbolizes the chip's good strength in AI. In addition, it is also a tribute to the previously launched tensor processing unit (TPU).

The new Pixel 6 and Pixel 6 Pro mobile phones launched by Google on October 20 are also equipped with Tensor chips.

But recently it was discovered that this chip named [independently developed by Google] is suspected to be magically modified from a Samsung chip.

Google claims that the TPU, ISP and the matching Titan M2 security chip of the Tensor chip are all its own technologies.

But it has been revealed before that Tensor's core code is S5E9845, which is very similar to Samsung's Exynos2100S5E9840.

Tensor is the first work of the Google Silicon team.

To put it simply, Tensor is closer to the naming rules of Samsung Exynos, and a few years ago, it was rumored that Samsung Semiconductor has begun to provide [semi-custom] chip services.

Star will provide customized technologies and functions according to customer needs, and can even intervene in the chip design stage.

In addition to the background information, Tensor and Exynos use the same CPU and GPU architecture, and the major functional modules such as power management, IO, and storage controllers are all from the same source.

Tensor is a customer of Samsung's [semi-custom] chip service, with Google providing the design ideas and Samsung building the production.

Although Google did not introduce the performance indicators of Tensor's built-in TPU, data shows that the TPU power is 5W, which is different from the previous Google edge TUP.

So, if the two are indeed related, the Tensor TPU should be more powerful than the previous edgeTPU given the significant process node advantage and overall updated IP.