More than 20% increase in SRAM cell density: Intel expected sometime in the second half of 2023

Second, the lab will test and validate Intel data center product lines from Xeon and Optane, as well as Agilex FGPA and Xe architecture products. Customers and partners will be able to tour the lab and see Intel products in action in a data center environment to assess their suitability for their operational needs. The research lab is planned to open later this year on the Jones Farm campus in Hillsboro, Oregon. If all goes well, Intel is expected to be finished sometime in the second half of 2023.

Chipsmade using the Intel 4 process can reportedly deliver 21.5% higher clock speeds than Intel's existing chips while using the same power consumption, or sacrifice some of the speed boost for greater energy efficiency . According to Intel estimates, the Intel 4 chip could deliver the same clock speeds as current processors while consuming 40 percent less power.

Intel 4 offers twice the logic cell density of previous-generation chip manufacturing processes, which allows more computing circuitry to be integrated into the processor, which increases performance, which in turn increases SRAM cell density by more than 20 percent.

The Intel 4's speed increase is partly due to Intel's first use of extreme ultraviolet lithography (EUV) in the process -- a technique that uses a beam of light to carve patterns of transistors into silicon wafers.

EUV devices, which cost about $200 million apiece, generate light by heating a small piece of tin to create plasma, a process that can be repeated tens of thousands of times per second. Using the beams produced by EUV equipment, chipmakers can etch more complex transistor patterns onto wafers with greater reliability.

Intel has also changed the materials it uses to make its processors to optimize the chip's efficiency. Previously, Intel used cobalt to make the wires responsible for connecting different parts of the chip. In the Intel 4 process, this is replaced by a material called enhanced copper, which is a combination of cobalt and copper that provides higher performance.

Fewer components need to be accommodated, which allows for more transistors to be placed on the chip, which improves performance, and this design refresh is one of the factors behind the Intel 4's increased speed.

In addition, Intel plans to upgrade the Intel 4 process to a more advanced manufacturing technology, Intel 3, which will introduce enhanced transistor designs and will use EUV technology more widely. It is estimated that the performance of Intel 3 will be 18% higher than that of Intel 4.

Intel's new products will also drive the upgrade of the overall hardware industry chain, and gradually spread from the server field to the PC OEM field. Servers will usher in a systematic overall upgrade opportunity, and relevant manufacturers are expected to benefit from the switch from DDR4 to DDR5.

In fact, looking at the entire memory interface chip market, there are currently only three suppliers in the world that can provide the first-generation mass-produced products of DDR5 interface chips, namely Renesas Electronics, Rambus and Montage Technology.

Among them, RAMBUS and Montage Technology disclosed the relevant situation of DDR5 products recently.

At the same time, RAMBUS also revealed in the conference call that the current situation is still in short supply, DDR5 RCD products are in mass production, and the scope of certification is also expanding. With the launch of new products related to AMD and Intel, the demand for DDR5 will further increase.

The above-mentioned report of Caixin Securities pointed out that Rambus, as the main participating manufacturer of memory interface chips, has strong reference significance for its guidelines. It can be seen from this that even though the new platforms of Intel and AMD will not be released until Q3, the pre-production and demand still push up the penetration rate of memory interface chips.

At present, Montage Technology's first-generation DDR5 memory interface chip and memory module supporting chips have achieved mass production, and the second-generation DDR5 has completed engineering sample tapeout. The company revealed that, from market feedback, it was found that the iteration speed between DDR5 memory interface chip generations may be higher than DDR4 in the early stage. It is expected that the first generation will gradually increase this year, and the second generation will have a certain demand for samples.

It is worth noting that in addition to the DDR5 memory interface chip itself, the increase in demand for products such as SPD EEPROM supporting it is also favored by analysts from many institutions.

Among the A-share companies, the SPD EEPROMs of Juchen and Montage Technology have achieved mass production in the fourth quarter of last year. The performance of the former's quarterly report also confirms that the demand for this product is improving - the company's Q1 revenue increased by more than 50% year-on-year, one of the main reasons is that driven by the commercial use of DDR5 memory modules, the application of DDR5 memory modules SPD EEPROM products achieve mass shipments.

In addition, Netac Technology recently revealed on the interactive platform that the company's DDR5 memory products are in the stage of small-scale trial production.

Chip giant Intel shareholders voted against executive compensation plans last week, refusing to recognize the astronomical $178 million annual salary of new CEO Pat Gelsinger last year, according to regulatory filings this week by chip giant Intel. A total of 34% of the voting rights of Intel shareholders participated in the vote. Among them, the disapproval votes are as high as 62% (about 1.78 billion shares), which is almost double the support votes (920 million shares). 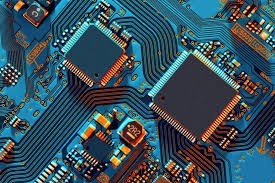 Shareholder dissatisfaction is also aimed at board members. The voting results of the shareholders meeting also showed that Intel director Alyssa Henry (Alyssa Henry) received only 50.4% of the support votes, which can only be regarded as a reluctance to approve the renewal of the directorship. Shareholders' dissatisfaction with her is mainly due to her lack of focus. She is the executive vice president of Block, but she also serves on the boards of Intel, big data company Confluent, and game company Unity.

However, most of Intel's shareholders dislike the CEO, who is too paid, but it is the "savior" they looked forward to last year.

In January last year, Intel's board of directors suddenly announced a coaching change. Former VMWare CEO Henry Kissinger replaced Bob Swan, who had been in office for only two years, and officially became Intel's eighth CEO on February 15. The coaching change was expected, as Intel's stock has fallen 17% in 2020, in stark contrast to the surge in other tech giants. Such share price performance has sparked dissatisfaction among investors, and activist investors, led by Dan Loeb, have been pressuring Intel to change the coach.

Share price performance is a reflection of Intel's competitive strength. Over the past few years, Intel has faced its most embarrassing situation since the 1980s. The process technology card cannot break through at 10 nanometers, but the old rival AMD continues to erode its share in the server field with the advantage of 7 nanometers; and when TSMC is already making 5 nanometer chips for Apple, Intel is still struggling with 7 nanometers. In addition, Intel's mobile phone baseband chips cannot achieve 5G commercial use, forcing Apple to reach a purchase agreement with Qualcomm, and Intel, which has lost its only customer, has no choice but to sell its business; Apple launched M-series notebook chips, and the advantages of performance experience have been recognized by the market. Realized "de-Intelization".

Singapore's "Lianhe Zaobao" website recently reported that Intel recently said that its factories will start manufacturing chips for Qualcomm, and has drawn up a roadmap to expand the company's foundry business in order to catch up with rivals such as TSMC and Samsung Electronics by 2025. .

According to Intel, Amazon will be another new customer for its chip foundry business. For decades, Intel has led the way in making the smallest and fastest computing chip technology.

But Intel has now lost that lead to TSMC and Samsung Electronics, whose manufacturing services have helped Intel rival AMD produce chips that outperform the former.

Intel Corp. said it expects to regain its lead by 2025, and introduced five sets of chip-making technologies that will be rolled out over the next four years.

Intel also said it would change the way its chip-making technology is named, using names like "Intel 7" to align with the way TSMC and Samsung market competing technologies.

Intel's first major customers will be Qualcomm and Amazon. Qualcomm, which dominates mobile phone chips, will use Intel's 20A chip manufacturing process, which uses new transistor technology to help reduce chip power consumption. On the morning of January 27th, some benchmark data showed that Intel's Alder Lake Core i9 processor has a significant performance improvement over its predecessor, but the energy efficiency ratio of this flagship Intel chip is still far behind Apple's M1 Max.

This week's IEEE's annual VLSI Symposium is one of the major events in the industry to reveal and explore new chip-making technologies. One of the most anticipated presentations of the year was Intel's introduction to the physical and performance characteristics of the Intel 4 process, which is planned to be used in products in 2023.

The Intel 4 process is an important milestone for Intel, as it is Intel's first process to integrate EUV and the first to cross the struggling 10nm node. For Intel, Intel 4 will help it regain fab dominance. Intel had planned to deliver a presentation on Tuesday local time entitled "Intel 4 CMOS Technology, Using Advanced FinFET Transistors for High Density and High Performance Computing." But before the show started, Intel re-released data about Intel 4, giving us our first look at more information about the process.

Intel 4, formerly Intel's 7nm process, was the first to use EUV lithography on a chip. The use of EUV ensures that Intel can map out the smaller features required for more advanced manufacturing nodes, while enabling it to reduce manufacturing steps through multi-mode DUV technology.

The development of Intel 4 was a key node for Intel, which finally got rid of the 10nm process. Intel has struggled to make products suitable for the 10nm process node though, especially the recent 10nm enhanced SuperFin variant (the Intel 7 we are familiar with). But Intel's attempt to achieve too much at once with 10nm, in terms of scaling and a host of new manufacturing technologies, has led to a setback.

As a result, Intel may not be too aggressive with the first EUV node, adopting a more modular development approach in general, implementing new technologies incrementally, and debugging when necessary.

On June 15, according to Jiemian News, Intel launched its first graphics card product, the Ruixuan A380, for the desktop market. It is manufactured using TSMC's N6 process technology. At that time, Intel will compete with NVIDIA and AMD in the GPU market.

According to the naming rules, the A380 belongs to the 3 series of Intel's "Rui Xuan" series of graphics GPUs, targeting the entry-level market.

Intel previously revealed that higher-end discrete graphics cards will be available this summer.